This year’s One Book, One Philadelphia book selection is Jericho Brown’s The Tradition. It’s the first time a poetry collection was chosen. At the virtual kickoff event, Brown read a few poems from his collection and was interviewed by Philadelphia Poet Laureate Trapeta B. Mayson. There were performances of music and plays inspired by his writing.

The next night Brown offered a poetry workshop called Jumpstart Your Engines. I’d signed up the moment I learned about it. I’m a big fan of his writing and I follow him on Twitter, where one day he gave a master class on metaphor in a thread.

While I’ve been in many workshops and taught many more workshops, I hadn’t participated in a poetry workshop. I was excited, intimidated. I reminded myself that I was the student. Beginner’s mind and all that. I told myself to take a moment before the evening began to take a breath and prepare to listen mindfully.

Reader, I did not.

Brown screen-shared “The Coming of Light” by Mark Strand and asked us about the poem. He called on a few people and then me. I said, I think the poem is about . . .

“I did not ask what the poem was about.” And, indeed, he had not. So much for my mindful listening. He’d asked us (I believe) to describe the poem. What he was looking for was short. The poem is short.

Strand creates an image train, he said. These images are doing things they don’t normally do.

When we see a piece of abstract art in a museum, he said, we look at it and pass on by. We don’t stand there trying to figure out what it’s about. What it means.

He played a word game with us. Before he started, he asked us to go back to the age of five. He didn’t want us to overthink it. Brown wanted us to have fun. Not to make demands on the game and to approach language differently. He takes his playing seriously.

Despite myself, I learned a lot in Brown’s workshop. And I was reminded to listen. If you have a chance to work with him, jump on it.

Check out “Like Father” one of my favorite poems of his from his collection Please. It’s about… I mean. It’s pretty short.

Mindful Mondays are back in May!

Join me on Mondays at noon EST beginning May 3 for a quick meditation and writing session. Email me at susan@susanbarrtoman.com, subject line MMM, and I’ll add you to the group. Zoom link will go out that morning. 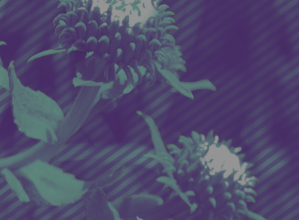 Give yourself 15 minutes of calm and compassion during this period of self-isolation.